Warning: "continue" targeting switch is equivalent to "break". Did you mean to use "continue 2"? in /homepages/10/d509105749/htdocs/dramas/blog/wp-content/plugins/jetpack/_inc/lib/class.media-summary.php on line 87
 Baaghi Drama- Review 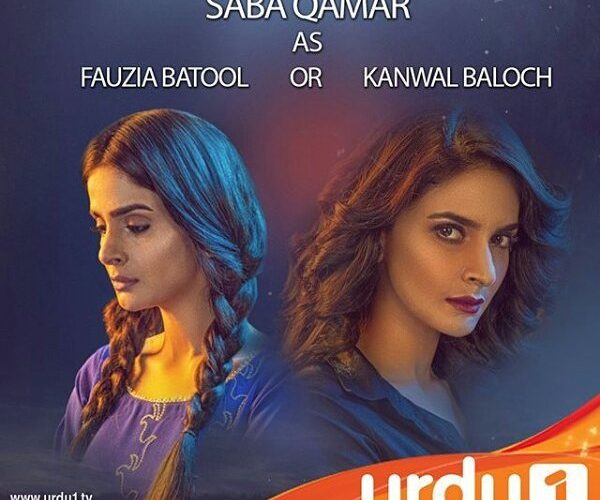 Baaghi drama is based on the life of social media star “Qandeel Baloch” which embedded many events from her real life. Saba Qamar plays the leading character of “Fouzia Batool”, a Punjabi girl from a small town wants to make her mark in the showbiz.

The story begins in a small village in Punjab, where Fouzia, unlike others, is a change from the casual stereotype of women, she had a lot of ambitions. She wants to be famous like her idol Madam Noor Jehan. Fouzia’s brother is played by Sarmad Khoosat and Nadia Afghan as her sister in law. Fouzia likes Abid (Ali Kazmi), who owns a shop nearby, so she got married to him and leave him after realizing that she is a womanizer.

Abid takes away a child from her and throws her out of his house to become a famous celebrity. Fouzia tries to adopt the western attire and becomes “Kanwal Baloch”. She faces many obstacles at the hands of reality TV hosts and Seths, so she finally becomes an escort.

Kanwal Baloch and Qandeel Baloch share similar stories, people called her the Kim Kardashian of Pakistan. Qandeel tries to get people attention through her Facebook posts. Qandeel was then murdered by her own brother, according to him she was ‘tarnishing the Baloch name’. But her father believes that Mufti Abdul Qavi had initiated Qandeel’s murder.

Baaghi drama shows the true low socioeconomic of our society and all those hurdles that women have to face to get through in the entertainment industry like casting couches. The story is written by Shazia Khan and scripted by Umera Ahmed

The story goes well but it takes a hitch when it comes to cinematography. Ali Kazmi and Sarmad Khoosat’s characters are hard to hate. Yasir Nawaz, Khalid Malik, Saba Faisal and Irfan Khoosat did their best in the serial.

Baaghi drama got the flavor of Masala drama and has got some stellar performances. How would the audience respond to this? The play is halfway through we’ll find out more about these answers in the upcoming episodes.

Want to add something to the story? Give your comments below.