Warning: "continue" targeting switch is equivalent to "break". Did you mean to use "continue 2"? in /homepages/10/d509105749/htdocs/dramas/blog/wp-content/plugins/jetpack/_inc/lib/class.media-summary.php on line 87
 We Will Play Our Game: Adnan Tipu Reacted To Bollywood Ban on Pakistanis

“We Will Play Our Game”: Adnan Tipu Reacted To Bollywood Ban on Pakistanis 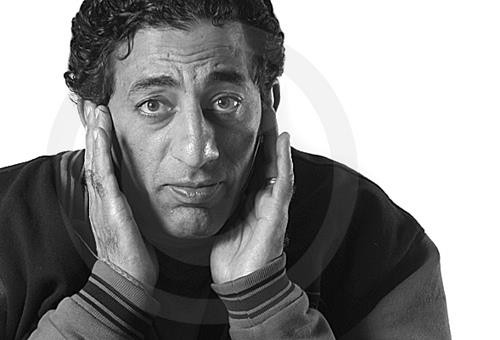 Babul Supriyo, Indian Union minister is in a favor to ‘put a ban on Pakistanis. He was more concern to remove Rahat Fateh Ali Khan’s voice from ‘Welcome To New York’ to be dubbed by someone else.

“Bollywood is an integral part of that Indianism. It represents India worldwide, hence banning Pakistani artists in Indian films would have also taken the protest against organized terrorism by the rogue nation, worldwide. And, I very clearly recall that such a promise was made when Ae Dil Hai Mushkil had met protests due to Fawad Khan”. Babul Supriyo stated.

“It is unfortunate that art and cinema, which bring people together by acting as cultural bridges, are being held hostage to hate and xenophobia,” Foreign Office spokesperson Mohammad Faisal said.

“Some people may say it’s wrong and that you should stand up for what’s right, but my argument is: it’s all so grey, how can you say what’s right or wrong? You stand up for one thing and there will always be someone who’s an opponent of that idea.” Fawad Khan said when asked about being banned in Bollywood.

Like all Pakistani artists, Adnan Shah Tipu is very vocal about the entire issue, he stated “Thank you for banning us, “You have given us a chance to make an Amitabh Bachchan, Naseeruddin Shah and other big stars in Pakistan.” he added.

Adnan Shah Tipu takes a reference from cricket, he said: “You put a ban on Pakistanis from Indian Premier League (IPL), but then Pakistan Super League (PSL) happened.” Adnan who has worked in two Bollywood films Welcome to Karachi and Kajraare.

Talking about his Bollywood experience, he said: “I have worked in India. People showed me a lot of love. But what does this ban on Pakistanis mean? You don’t get our bread and butter. It is up to God.”

“Your ban on Pakistanis doesn’t change two facts. Facts that no one should ever forget. First, your paternity. Second, your nationality. My father’s name is Ghazanfar Ali Shah. I’m from Faisalabad, Dhobi Ghat, Pakistan. That’s not going to change,” he further added.

“I did a film in 2007. I wasn’t starving back then. Therefore, because of your ban, neither Fawad Khan nor Rahat Fateh Ali Khan will starve”.

Tipu recorded his message via video: “Pakistan is my mother. If I say anything to your mother, you will feel offended. Likewise, if you say anything about my mother, will I be ecstatic about it? So, here’s what I have to say. Go play your game, we will play ours. You’ve banned us. Thank you very much. Pakistan above all.”

Want to add something to the story? Put your comments below.