Warning: "continue" targeting switch is equivalent to "break". Did you mean to use "continue 2"? in /homepages/10/d509105749/htdocs/dramas/blog/wp-content/plugins/jetpack/_inc/lib/class.media-summary.php on line 87
 Sarah Khan- Profile, Biography, Dramas, Pictures

Sarah Khan is one of the emerging models and actors of Pakistan. She has gained fame in such a short time. She has also appeared in some of the music videos as well. Sarah has started her career at the age of 20 from the drama Bari Aapa in 2012.

Sarah has gained popularity in the starting years of her career and she’s one of the top celebrities of Pakistan. Sarah has also won the Best Supporting Actress’ award in 2016mat Hum awards for the drama ‘Mohabbat Aag Si’. Apart from acting Sarah likes to listen music and traveling.

Sarah Khan was born on January 22, 1992. She attended the University of Karachi. Sarah’s sisters are Noor Khan and Aisha Khan. Noor Khan is also a part of the drama industry. 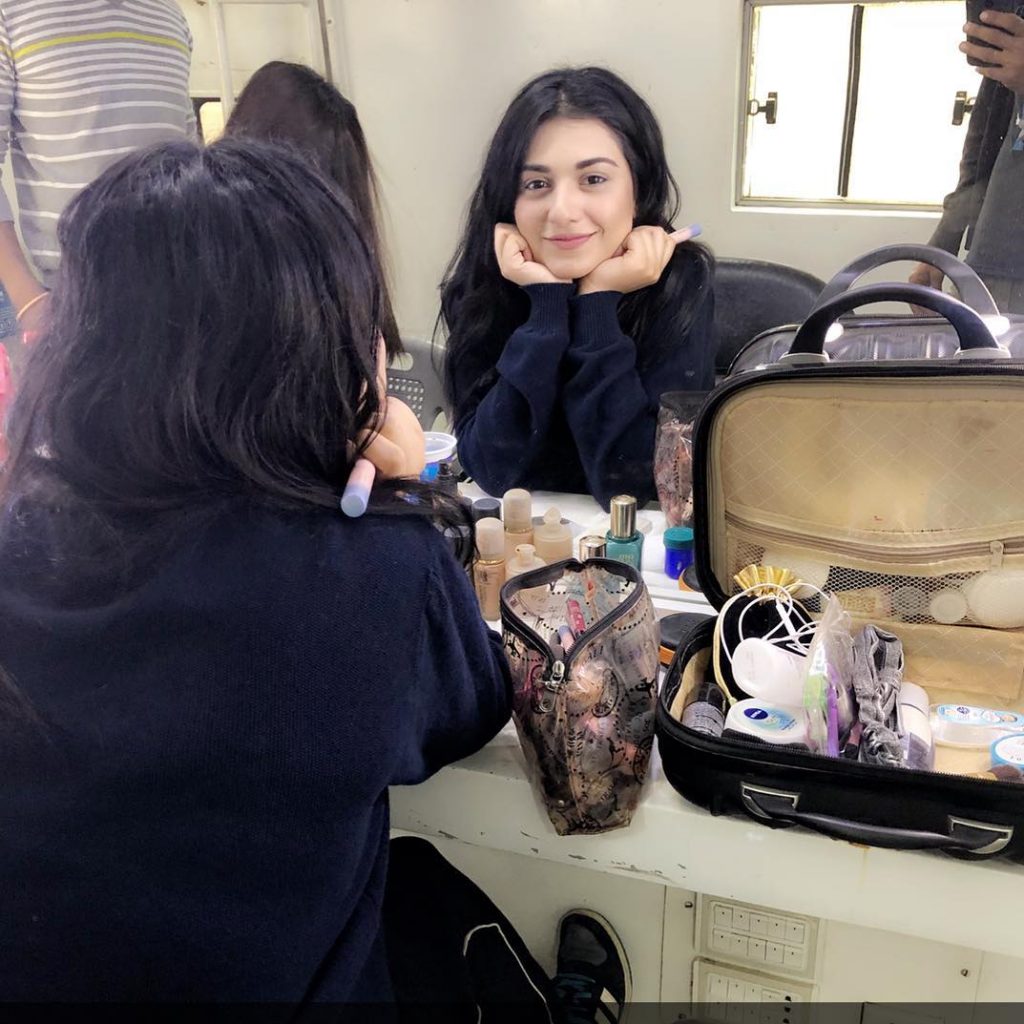 Sarah Khan has started her showbiz career at the age of 20 from the HUM TV’s drama “Bari Aapa” in 2012. She has appeared in different TV dramas like Mirat-ul-Uroos, Aye Dil-e-Nadaan, Ek Kasak Reh Gayee, Gohar-e-Nayab, Hum Thehray Gunehgar, and Bhool. She has also appeared in telefilms like Zindagi Ab Bhi Muskurati Hai and Kitni Girhain Baaki Hai. 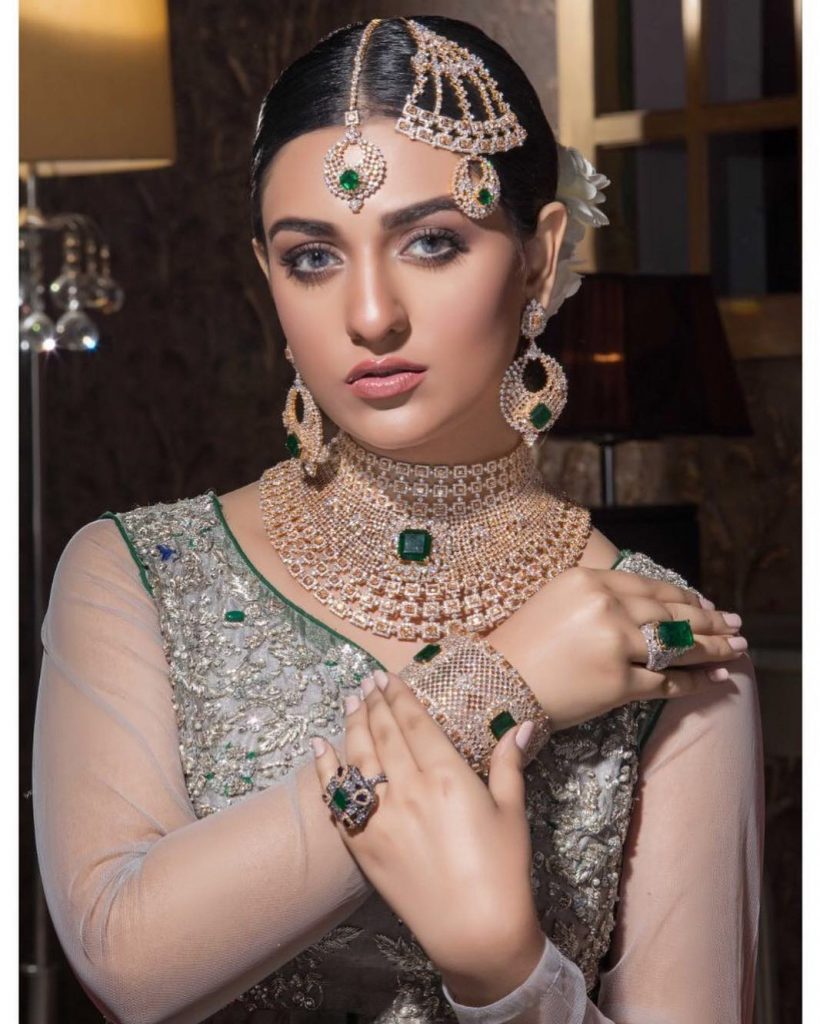 Agha Ali and Sarah Khan recently got engaged in 2017. Agha Ali for the first time talked about how this engagement took place when he and Sarah were invited as guests on a Morning Show. Agha Ali is known for being very vocal on Morning Shows, he also loves participating in these shows. 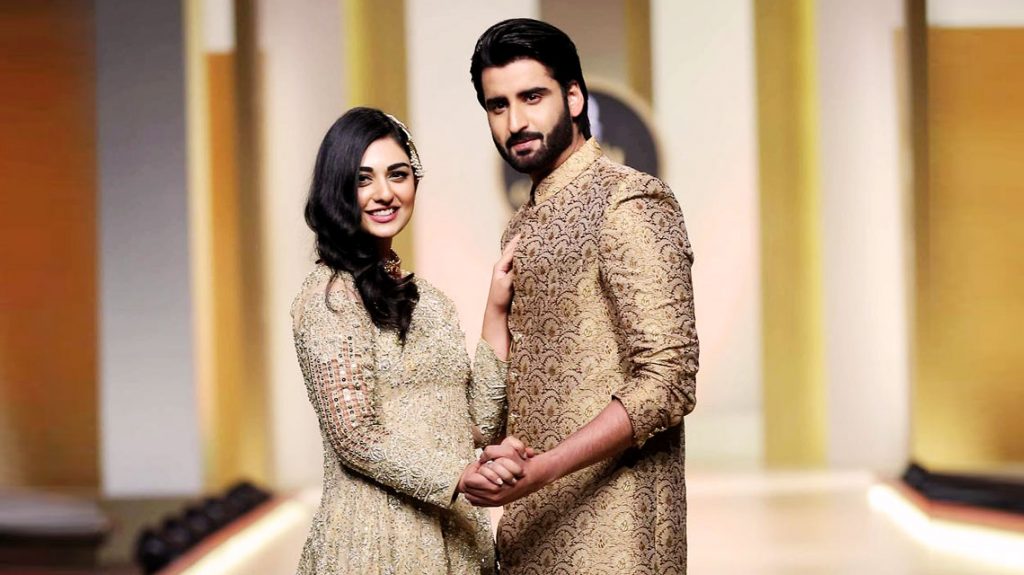 Agha Ali said, “Sara is probably one of the best co-stars I worked with. When we worked together, everything was so smooth. We clicked instantly but it was my mother who really liked her and if it wasn’t for her maybe I wouldn’t have taken this relationship so seriously.” Agha Ali also said that he was very close to his mother and he cannot imagine getting married to someone his mother does not like.

He also said that my mother started liking Sarah Khan when she saw her on talk shows. She liked the fact that Sarah wasn’t very talkative and always had a smile on her face. He also revealed that they were going to get married very soon.

Sarah Khan has also appeared in different TVCs like:

Sarah Khan has also appeared in different music videos like:

Sarah Khan has also appeared in different TV shows like ‘7up Bites’.