Warning: "continue" targeting switch is equivalent to "break". Did you mean to use "continue 2"? in /homepages/10/d509105749/htdocs/dramas/blog/wp-content/plugins/jetpack/_inc/lib/class.media-summary.php on line 87
 Top OSTs Of 2017 That Made Our Favorite Dramas So Much Better 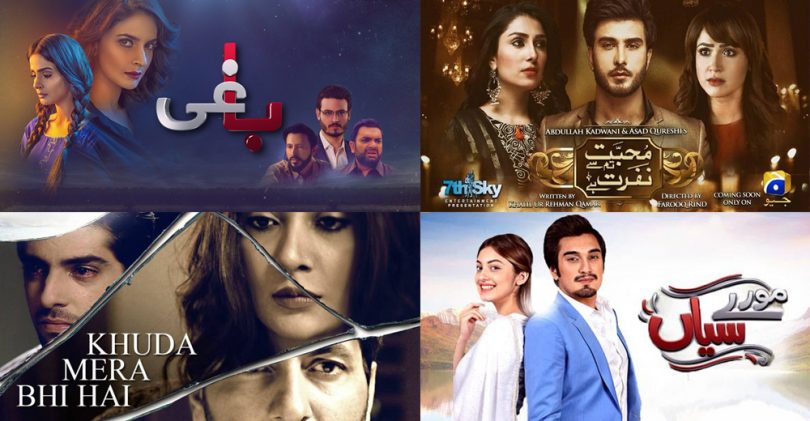 Watching Pakistani drama has been an integral part of our lives for years. The drama makers do their best to attract a large number of audience, and the best thing that can keep them their focus intact is through introducing original soundtracks. All Pakistani dramas contain OSTs but very few of them have won audience hearts. Top OSTs of 2017 have brought so many improvements not in lyrics but also in vocal quality as well.

Music is considered an important aspect of sub-continent entertainment industry. No one can imagine drama or a film without music. The basic difference between film and drama is that whole drama relies on a single soundtrack, while films consist of at least to 4 to 5 songs in it. For example, Pakistani audience would not keen to watch Humsafar if its soundtrack was not so much interesting. Original soundtracks have been the favorites of Paki music lovers.

There was a time when our film industry was down, then people rely on music to bring back the audience. The year 2017 is considered an important year in a sense that it has introduced heart-warming OSTs.

Khuda Mera Bhi Hai deals with the social issue that most people in our society don’t like to talk about. The story revolves around the ‘transgender individuality’, in which a protective mother fights for her son. Drama is a complete package of emotions and sensibility. Waqar Ali has setup its OST and also give vocals to it.

Most people believe that this drama got its viewership because of its soundtrack. It’s a perfect shadi song, the video is also well choreographed, and other than that it was just like any other masala drama.

Qurutul Ain Baloch has sung the title track of Moray Saiyyan , that was a bit sad but it perfectly fits the story of the drama. Other than OST people love the Jodi of ‘Neha’ and ‘Uzair’.

Sun Yaara was one of the dramas that has impressed its viewers both visually and vocally. Damia Farooq has been recognized as a singer when the drama is telecast. Acting wise I believe it is one of the Top Pakistani TV dramas.

The OST of Mohabbat Tum Se Nafrat Hai is sung by legend Qawwal Rahat Fateh Ali Khan and Khalil-ur-Rehman Qamar has written its lyrics. The star cast includes Imran Abbas, Shehzad Sheikh and Ayeza Khan. The song has done full justice to the drama and describes the whole story in its lyrics.

Baaghi is based on the life of former model Qandeel Baloch. Shuja Haider has written and sung its OST which goes in flow with the drama theme. It has got the best music which definitely deserves an applause.

2017 has been the year that has the flavor of all sorts of music whether it is of classic, sad, happy or ghazals. If you haven’t listened to top OSTs of 2017, perhaps you should. Send us your feedback about which title track is your favorite one. You can watch drama online free on our website: https://s3tv.com/.